ISOMAT among the TRUE LEADERS of 2018

ISOMAT has received the TRUE LEADERS award from ICAP Group, for the 7th consecutive year, establishing its position as one of the leading companies of the Greek economy for 2018.

The award ceremony took place on Thursday 19 December 2019, at the Divani Caravel Athens Hotel, under the auspices of the Hellenic Federation of Enterprises (SEV).

Out of a total of 31,000 firms, only 82 companies and groups were awarded with the “True Leader” title for the year 2018, after having met the following criteria to perfection:

Every year since 2011, the TRUE LEADERS awards are organized by ICAP Group, the only Greek company recognized as a Credit Rating Agency by the Hellenic Capital Market Commission and the European Securities and Markets Authority (ESMA). 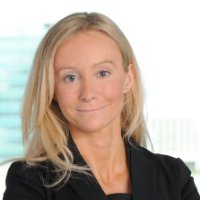 Karli Logan is the Owner & President of IMC Distributors, which is the exclusive partner of ISOMAT and Nukote Coating Systems in Canada. With a B.Sc and M.Sc, as well as a demonstrated history of working across a number of industries, she has a passion to drive significant gains and benefits for her clients.